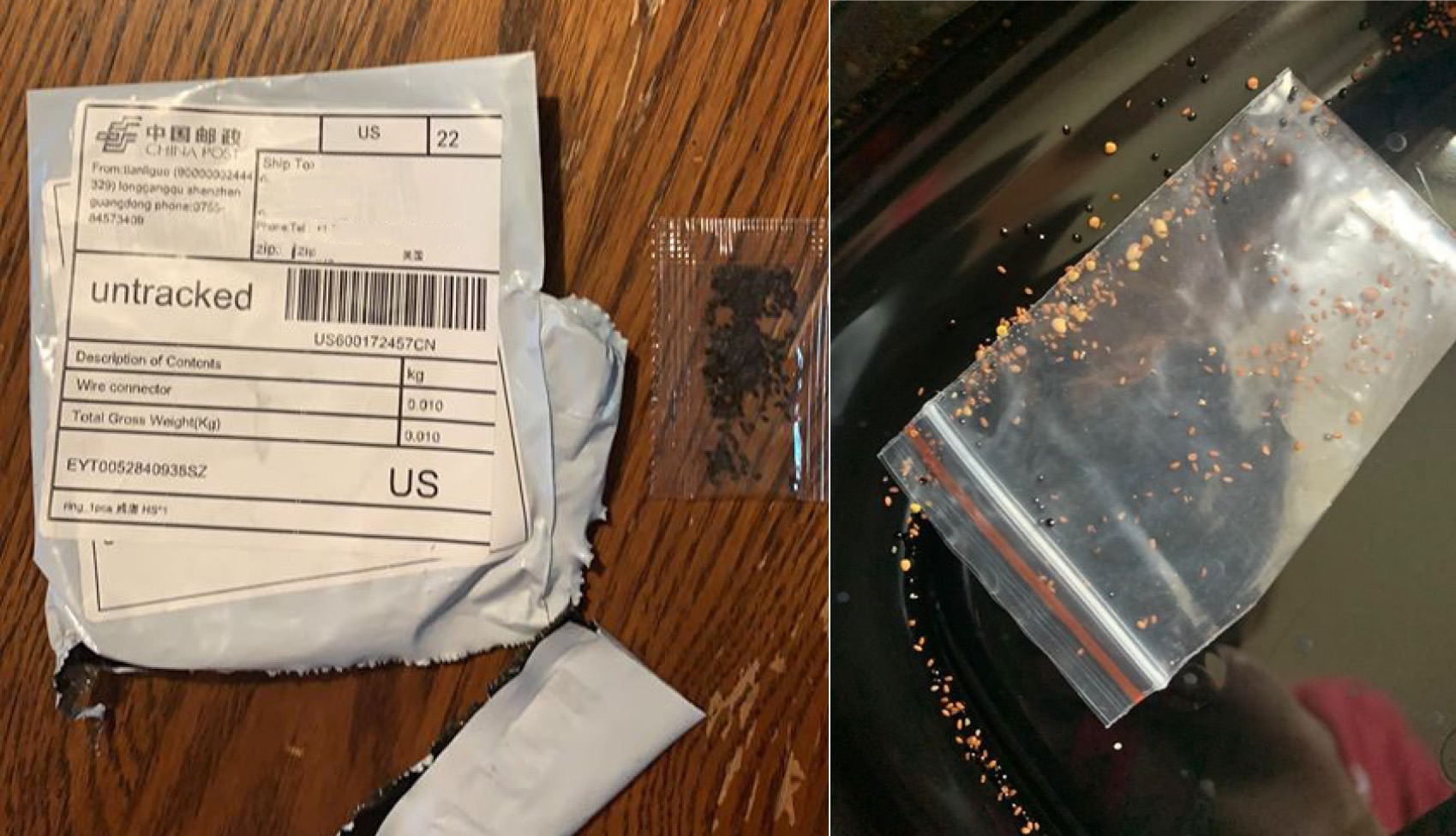 People in seven states have reported receiving mysterious seed packages in the mail, and agriculture officials are asking residents not to plant them. The strange story comes from Successful Farming, which reports that some officials fear the seeds may be invasive species that would harm local plant life.

The packages are often labeled as jewelry and have Chinese writing on the outside, according to the article. The Kansas Department of Agriculture issued a news release that included the above photo.

“Unsolicited seeds could be invasive species, could introduce diseases to local plants, or could be harmful to livestock. Invasive species wreak havoc on the environment, displace or destroy native plants and insects and severely damage crops. KDA works to prevent the introduction of invasive species and protect Kansas agriculture,” the release said.