Over 70 agricultural finance professionals, spouses and other family members gathered in Champaign, IL July 25 – 27 for the 2018 annual conference of the Farm Financial Standards Council. The program consisted of committee meetings and topical discussion, general speaker presentations, a tour of local agricultural facilities, and LOTS of networking. Those attending were from across the U.S., literally, with representatives coming from as far as Washington state, Maryland and North Carolina, Texas to Montana and states in between.

We’ve compiled a photo recap of the festivities. (See the PDF version here.) 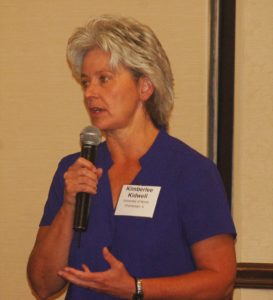 Kim Kidwell, Ph.D., Dean of the University of Illinois College of Agriculture, Consumer and Environmental Sciences, welcomed the group to the area and explained how the campus had become the ‘Silicon Valley” of ag technology development, a factor that became apparent with the speakers and subjects on the program agenda. 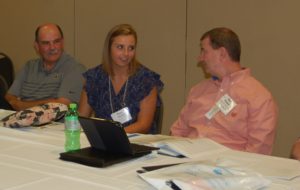 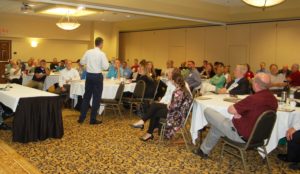 U of I’s Dwight Raab explains the FarmDOC program. 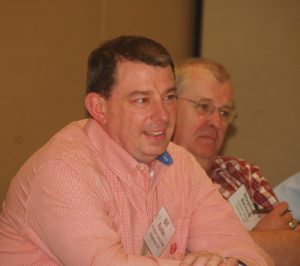 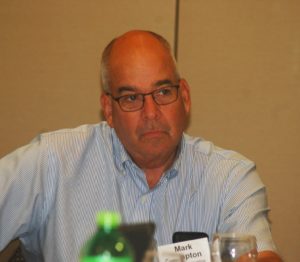 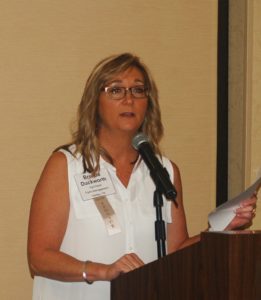 Newly-elected FFSC Secretary/Treasurer Brenda Duckworth presides over the Marketing Committee presentation during the business meeting on Friday morning. (She is the other Co-chair of the Marketing group.) 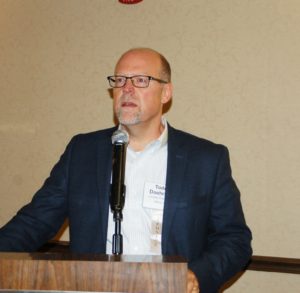 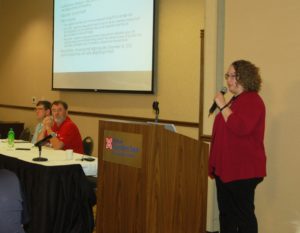 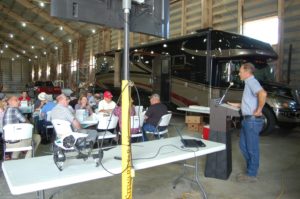 The group is briefed by Bob Stewart, partner at Stewart Farms, during the Friday tours. 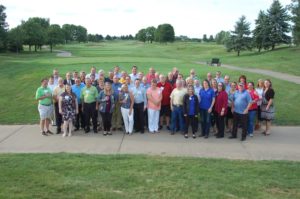 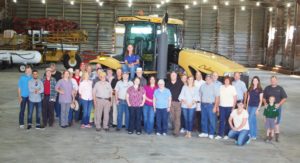 Gathered around the Stewart’s Challenger tractor after lunch at Steward Farms near Farmer City. 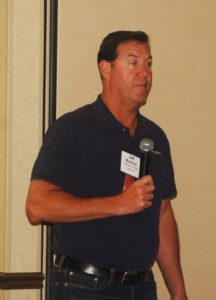 Jeff Bushey discusses changes coming with the 2019 edition of the Financial Guidelines for Agriculture which will be released January 1. 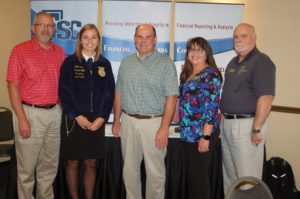 Lyle Anderson, left, served as the official host of Rabo AgriFinance as the Council welcomed special guests from The FFA. Under a Rabo AgriFinance program FFA member Rilee Mood and her Chapter Advisor, Duane Huge, from Danville, IN, were provided special guest status to attend the Council meeting. Joining in the program were Rebecca Carter and Jim Armbruster with the National FFA in Indianapolis. Rabo AgriFinance has a national program that promotes FFA member involvement with organizations such as the Council and underwrites the costs of memers’ registration, travel and lodging. Based on their experience at this year’s conference, the FFA and the Council are working at developing meaningful programs for FFA members to attend future Council Conferences. 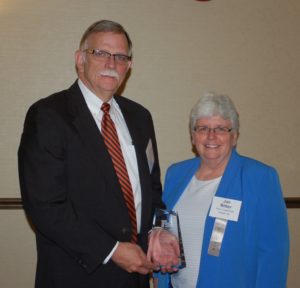 FFSC President Jan Bitter presented an Emeritus Lifetime Membership to Steve Hofing, partner at Centrec Consulting, and John Crowgey, Jr., for their year’s of work and leadership of the Council. The two were cited for their personal efforts and leadership during the formative years of the Council “and beyond.” In accepting the special plaque, Hofing recalled the beginning of the Council and the tragic years of the Farm Crisis of the 80s…”It drove those of us in the industry to come together and develop standardized guidelines that could be used by farmers and ranchers and all those who helped manage financial record keeping. It’s not that these alone can solely prevent a farm crisis like this from ever happening again,” Hofing told the audience, “but by following the Guidelines and the financial ratios that were developed, there can be advance warning signs of pending problems.” The first gathering included individuals from around the industry on Super Bowl Sunday in 1989 in St. Louis. Crowgey, who was unable to attend the Champaign event, was with the Farm Credit Bank of Baltimore at the time. Hofing noted that the creation of the initial Guidelines documents took ‘thousands of hours of volunteer time and everyone pitched in to do their share.” The tradition continues. 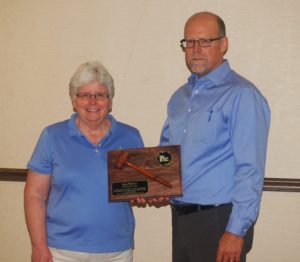 New FFSC President Todd Doehring presents a special commemorative president’s gavel to Outgoing President Jan Bitter. Prior to being elected Council President in 2017, Bitter served as Vice President and Secretary/Treasure of the Council as well as on numerous committees. As Vice President she chaired the 2017 Annual Conference which was held in Syracuse, NY.